As part of the current IAF Space Advocacy Agenda, the IAF announced the new initiative: the “IAF Space Economic Platform – Bringing Space Down to Earth/Bringing Earth Up to Space”.

Through this platform, the IAF aims to continue playing a significant role in global space activity, adapt to the “new order”, grow professionally, reach out to new audiences, voice a variety of new actors in the space sector, and reflect on the new markets space activity is entering and creating.

The platform is intended to serve as an overarching framework for a variety of new and existing IAF activities, which will be conducted in collaboration with the different IAF committees. Some potential features of the platform may include:

The IAF is actively supporting the space activities and raising space awareness on a global scale. Through its digital activities, the Federation will help the new space economy by integrating new space actors, entrepreneurs and non-space industry and organizations through new dedicated activities.

In the context of the International Astronautical Congress, there will be dedicated panels focusing on current events such as the effect of Covid-19 on space activities. With the help of the IAF Industry Relations Committee chaired by Clay Mowry (Blue Origin) and IAF VP for Industry Relations Bruce Chesley (Boeing) the IAF ISEP Startup pitch competition will take place digitally. Later in the year and next year, the IAF will also organize more digital events focusing on issues such as stimulating national eco-systems in the new space economy or on the potential role of “new-space” companies in exploratory missions.

The IAF Space Economic Platform is also complementary to the existing IAF 3G Initiative, focusing on the 3G Diversity: Gender, Generation, Geography. These elements are significant components of the “new space” trend, and will also affect the emerging new space economy. For this reason, the IAF Space Economic Platform (ISEP) will be complimentary to the to the existing IAF 3G Initiative and will be combined under the catchphrase 3G+. 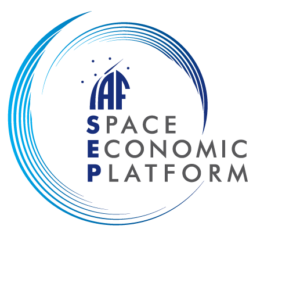