2017 is shaping up to be a pivotal year for human spaceflight efforts. SLS and Orion are producing hardware and getting ready for Exploration Mission 1 (EM-1). The Commercial Crew program may have its first test flights. NASA is studying designs for the next step in deep space exploration, the lunar orbiting space portal. But perhaps even more importantly, the new U.S. administration and new NASA administrator will be making decisions determining the future human spaceflight architectures in low earth orbit and in deep space. This keynote address will summarize the current efforts at Lockheed Martin on the different human spaceflight programs. It will include the latest status on the EM-1 mission, which is in full assembly and test. If results are available from the study to add crew to EM-1 or the Orion backup to ISS study, those will be presented. Progress for the first planned crewed mission for Orion, Exploration Mission 2 (EM-2) will be detailed. The current plans for the production phase of Orion, including the possibility of a 50% cost reduction for Orion, will be described. Lockheed Martin is also one of the organizations providing a cubesat for launch on EM-1. Sky Fire will demonstrate deep space cubesat operation and take scientific data as it flies by the moon. In addition to operational programs, Lockheed Martin is also studying future concepts for the exploration of the moon and Mars. Lockheed Martin is participating in NASA’s NextSTEP program for cislunar orbital habitation concepts, and will be performing work as part of a phase II study contract. This public-private partnership study also includes internal research and development funding. Lockheed Martin’s architecture for the orbital vehicle will be described, showing how it affordably provides NASA capability to meet exploration proving ground objectives. Progress on the development and research tasks will be provided. Progress on the Mars Base Camp concepts for human Mars exploration will also be described, including new innovative concepts for a reusable descent and ascent vehicle to enable short missions to the surface on follow-on missions to the initial orbital missions. 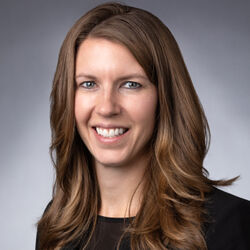