This presentation provides an overview and development status update on the Synergetic Air-Breathing Rocket Engine (SABRE), currently under development at Reaction Engines in the UK. SABRE is a new class of propulsion system which incorporates elements of both air-breathing and rocket technologies with light-weight, high performance heat exchangers. The resulting engine is a high-efficiency rocket system, capable of using air as its oxidiser during the initial ascent phase of the launch up to hypersonic (Mach 5) flight speeds in the atmosphere. Beyond this point, SABRE can transition to operate as a pure liquid fuelled rocket engine, using liquid oxygen (LOX) from tanks on-board the launch vehicle to continue to provide high thrust propulsion at higher speed and altitude. The air-breathing capability offered by SABRE provides a significant mass saving which enables a number of architectural and design benefits, leading to a practical, low-cost reusable aircraft-like launch vehicle. This brings many positive operational attributes compared to present-day launch vehicles (with vertical take-off and landing), such as improved reliability, increased launch cadenced, robust mission abort capability, greater re-entry cross range and reduced ground operations complexity. The full development of SABRE and its prospective vehicle applications is a complex engineering undertaking, requiring a multitude of sub-systems and technologies. However, due to the modular system architecture of SABRE, many of the technology development activities can be performed in parallel and can also significantly capitalise on the substantial experience and heritage of the existing space launch and aerospace industry, including their well-established supply chain. The overall SABRE development programme follows an agile aerospace development process with a carefully structured incremental development logic, designed to mature the overall system technology to an acceptable level in order to achieve operational readiness with minimum cost and risk. Some new and novel enabling technologies are introduced into the SABRE design (most notably the high performance light-weight heat exchangers) and early de-risk of these have been the focus of the SABRE development programme to date. Reaction Engines have already undergone an extensive and successful development and test programme to de-risk the heat exchanger technology – most recently (in 2019) the air pre-cooler was successfully ground tested under Mach 5 equivalent conditions, becoming a world first achievement in this area of technology. In addition to an update on the SABRE programme, this presentation will also address the key challenges and opportunities associated with the development of the various SABRE technologies. 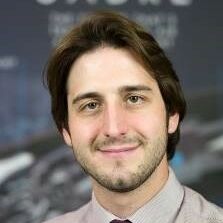