The IAF Excellence in Industry Award is intended to distinguish an industry organization, member or non-member of the IAF, worldwide for introducing innovative space technologies to the global marketplace and is recognized throughout space industry for successfully executing a landmark space mission.

“For the continued outstanding contributions of Lockheed Martin to the growth of the world’s space exploration industry, exemplified by success in milestone achievements in space telescopes, robotic missions, human missions, and international partnerships. The Lockheed Martin team has successfully tested and delivered the Orion spacecraft for the first crew-capable test flight to the moon in 2021 and has executed development and operations activities for missions to Jupiter, Mars, and several asteroid destinations. Lockheed Martin has continued its commitment to working with internal partners across its portfolio, including the European Space Agency and Airbus Defense & Space on the Orion program, and multiple other companies who provide instruments through NASA for the deep space robotics missions such as the lunar thermal mapper from the University of Oxford in the United Kingdom. The wide range of targets and mission capabilities deployed to learn about the worlds around us is exceptional and sets Lockheed Martin apart in the exploration community.”

“Going to space is just the beginning. It’s what you do when you get there that matters. We build satellites and spacecraft that do amazing things in space for government and commercial customers. Lockheed Martin-built satellites give earlier warning of severe weather, connect troops on the battlefield, and deliver GPS directions to a billion people worldwide. As we look to the future, we’re driving innovations to help our customers do even more in orbit. That’s why we’re designing smarter satellites that operate like smartphones in the sky, with apps that can be updated in orbit so they can adapt as mission needs on the ground change. Your mission is ours. And as that mission evolves, we’ll be ready.” 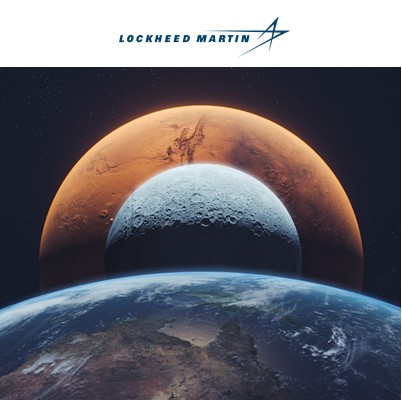