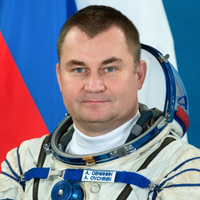 Date And Place Of Birth

Year 1992 – graduated from the V.M. Komarov Higher Military Pilot School in Yeisk with a degree in Command tactical aviation and was qualified as a pilot-engineer.

1st space flight: March 19 – September 7, 2016. He flew as a commander of Soyuz TMA-20M and a flight engineer of ISS-47/48. During the ISS-47/48 mission, many experiments were conducted in various fields of science as a part of he Russian scientific program (medicine, space biology, biotechnology, physical and chemical processes, etc.). About 50 of them were conducted by Alexey Ovchinin together with Oleg Skripochka. During the mission the Russian cosmonauts worked with Russian and foreign cargo spacecraft, serviced onboard systems of the International Space Station, performed onboard photo and video shootings, as well as prepared their Soyuz TMA-20M spacecraft for return from orbit. The mission duration was 172 days 3 hours and 47 minutes. The call sign was Burlak.

Ovchinin performed his second space flight on October 11, 2018 as the commander of the Soyuz MS-10 spacecraft together with flight engineer Nick Hague. However they didn’t reach the ISS because of an off-nominal situation during the insertion: the engines of stage II shut off at the 119th second of the flight, when stage I boosters separated from central core of stage II. At the 123rd second the launch escape system separated spacecraft from the LV; after compartments separation the descent module of spacecraft landed in Kazakhstan 20 km to the east of Zhezkazgan.

2nd flight: Soyuz MS-12 spacecraft launched from the Baikonur launch-pad on March 14, 2019 at 22:14 (Moscow time), with Alexey Ovchinin, Nick Hague and Christina Koch (NASA astronauts) onboard. On March 15, 2019 at 04:02 Moscow time, the spacecraft docked to the “Rassvet” Mini Research Module of the ISS RS, and at 06:10 (Moscow time) the crew entered the ISS. Alexey Ovchinin started as a flight engineer of the ISS-59 long-term expedition, and in June 2019 he became the commander of ISS-60.

On May 29-30, 2019, Alexey Ovchinin and Oleg Kononenko performed the EVA lasted for 06 hours 01 minutes. During the EVA-46, cosmonauts removed the Test exposure experiments and took samples of the exterior of the Russian Segment to check for possible microdamage of the station shell; changed the orientation of the pressure control and contamination deposit instrument; and removed unused cables and measurement units. The Soyuz MS-12 undocked from the International Space Station on 3rd of October, 2019 at 10:37 Moscow time, and the descent module landed in steppes of Kazakhstan at 14:00 Moscow time.