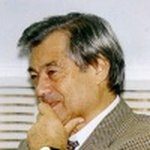 In 1966, he graduated from the Medical Faculty of the 2nd Moscow Medical Institute named after N. I. Pirogov (2nd MMI; now - Pirogov Russian National Research Medical University), with the qualification "medical doctor". In 1970 – completed the postgraduate studies at the Institute of Biomedical Problems of the Ministry of Health of the USSR (now - SSC RF - IBMP of the Russian Academy of Sciences).

After graduating from the 2nd MMI, in 1966 he worked for about a year as a medic - test operator at the Institute of Biomedical Problems, which was founded for the medical support of future cosmonauts. After his postgraduate studies, he stayed at the IBMP. He was a Junior (1970-1973), and then a Senior (1973-1978) Research Associate. Since 1978, he was a Head of Laboratory, and since 1980 – a Head of Department. In 1983-1988, he served as the First Deputy Director for Science in IBMP. From 1988 to 2008, he was the Head of the Institute. Since October 2008, he has been the Scientific Director of IBMP.

From 1983 to 2008, he directed the medical support for space flights on the "Salyut-7", "MIR" and "ISS" orbital stations. He was the Head of the Medical Commission for Examination of cosmonaut candidates and cosmonauts, the Chief Medical Specialist of ROSCOSMOS.

1993-2005 - Chairman of the Scientific Council for Space Medicine of the Russian Academy of Medical Sciences.

In 1996, he initiated the creation of the Department of Environmental and Extreme Medicine at the Faculty of Fundamental Medicine at the Lomonosov Moscow State University (MSU). He has been the Head of the Department from the moment of its formation to the present. He is a member of the Fundamental Medicine Faculty Academic Council in the Moscow State University. He has prepared more than 30 candidates and doctors of science in the field of space biology and extreme medicine.

He was the Head the Editorial Board of the "Aerospace and environmental medicine" journal (1989-2008). Since 2009 - Editor-in-Chief of the "Human Physiology" journal of the Russian Academy of Sciences. He has been a member of the Presidential Council for Science, Technology and Education (since 2004), and also a member of the Board of Trustees of the Russian Science Foundation (since 2013).

A. I. Grigoriev is a specialist in space biology and medicine, as well as problems of body main functions adaptation to space flight. He is one of the founders of gravitational physiology.

With his direct participation and leadership, IBMP conducted research on the basic functions of humans, as well as animals in space flights and ground experiments (the "Biosatellite" and "Mars-500" projects), and developed and put into practice a system of medical support for long-term space flights. At the initiative and with the participation of Grigoriev, a comprehensive scientific "doctor's program" was formed, which was successfully implemented in the record-breaking 438-day mission of cosmonaut Valery Polyakov at the "MIR" station (1994-1995).

The research conducted under the management of the scientist on the bone tissue state of cosmonauts and test operators made it possible to develop and implement promising approaches to the treatment of osteoporosis, infant cerebral palsy, and other neurological diseases. Grigoriev's work formed the basis for the creation of devices and methods for decompression disorders treatment with oxygen-helium mixtures, as well as the creation of national telemedicine.

He is the author and co-author of more than 510 scientific publications, about 80 patents and copyright certificates for inventions. Among the publications are: "Water-salt homeostasis and space flight" (1986), "Mineral metabolism in humans under modified gravity" (1994), "Long-term space flights" (1997), "Changes in calcium metabolism and its regulation in humans during long-term space flight" (1998), "Clinical telemedicine" (2001), "The concept of health in space medicine" (2007), "Features of the human cardiovascular system functioning in space flight" (2009), "The experiment on modeling a manned flight to Mars" (2012), "Medical and biological problems of a manned expedition to Mars" (2014), "The goals and objectives of Lunar exploration" (2014), "On the issue of the "radiation barrier" during manned interplanetary flights " (2017) , etc.

Foreign awards: the "Banner of Labor" order (GDR; 1985), the Golden Decoration of Honour for the Services to the Republic of Austria (1993), the Order of Dostyk (Friendship) of the II degree (Kazakhstan; 2001); he is the Officer of the Legion of Honour Order (France; 2004).

Honored Scientist of the Russian Federation (1996). Honorary Doctor of the University of Lyon (France; 1989).