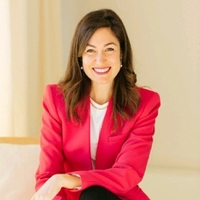 Andrea Jaime Albalat is the current Executive Director of the Space Generation Advisory Council (SGAC), an IAF member since 2004, which acts in support of the United Nations Programme on Space Applications and is based in Vienna, Austria.

Andrea is a Spanish aerospace engineer: she earned in 2007 a double undergraduate degree in Aeronautical and Mechanical Engineering from the Universitat Politecnica de Catalunya (UPC), in Barcelona, and the North East of Wales Institute (NEWI), in the UK. In 2010, Andrea earned her masters in Aerospace Science and Technology, also from the UPC, with a final Master Thesis, during which she worked at the Center for Nano-engineering Research (CRnE) in Barcelona, conducting a study on lunar in-situ resource utilisation. During her master studies, Andrea won a scholarship that allowed her to work for few months at the CTAE (Aerospace Technological Center, in Catalunya) giving support to the International Space University’s (ISU’s) Space Studies Programme (SSP) 20

She started her professional career working as part of the organisational committees of several international workshops and conferences including, the ISU or the IPPW, and at the CRnE, as part of a Research Group of the UPC, on nano-engineering and material science, gaining some laboratory hands-on experience.

In 2010, Andrea moved to the Netherlands to work at the European Space Agency as a Young Graduate Trainee. Based at ESTEC she worked for the Human Spaceflight and Operations Directorate, giving support to the Call for the Extension of the ISS at ESA, to the European Analogue Activities, and to the ESA delegation at the International Space Exploration Coordination Group (ISECG). In October 2011, she moved to Vienna to work as the Deputy Executive Director of SGAC, which lead her to become the Executive Director in July 2012.

Andrea is a young professional associated to four IAF Committees, where she represents actively SGAC: the Workforce Development and Young Professional Programme Committee (WD/YPP), the Space Education and Outreach Committee (SEOC), the Space Societies committee, and ITTACUS. As member of these committees, Andrea has actively participated in different panels and planned activities at the past three IACs (Cape Town, Naples and Beijing). Andrea, as Executive Director of SGAC, also has organised many activities in conjunction with the IAC, such as several panels/workshops at the Global Networking Forum, the SGAC reception for young professionals and students, coordination of the SGAC Booth, and other outreach activities.

She is a truly believer in the power of space for peaceful purposes, and on the benefits of strengthening international cooperation in the space sector as the only way to achieve substantial and meaningful goals for the benefit of humankind.

Andrea would like to thank all her mentors in the past years, including Agnieszka Lukaszczyk, Ariane Cornell and the chairs of the four IAF Committees who very kindly introduced her to the IAF activities, and keep supporting the involvement of young professionals and students at the IAC, and gave her the platform, support and confidence to take an active role in the federation. Andrea would like to also thank her nominators for recognising her work in the past years and believing on her potential.