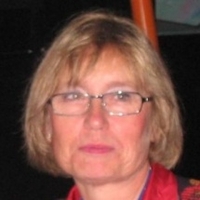 Anne-Marie Mainguy, born in 1941, graduated as a doctor in mathematics for her research on the application of the optimisation method to interplanetary trajectories in 1969. Alongside her studies, she taught high school mathematics. She then worked for CNRS for two years, focusing on the geodetic problems related to satellite measurements.

In 1971, Mainguy entered the systems department of Onera where the focus fell on analysis of experiments on atmospheric capsule re-entry and of scientific data obtained with Onera’s high-sensitive accelerometer Cactus. Mainguy became project manager of the ESA project Biramis, which didn’t pass in phase B but whose results enabled her, in 1984, to graduate with a doctorate in physics on measures of the Earth radiation budget using satellite data. Such a budget is key for understanding the evolution of climate on Earth.

In parallel, Mainguy became chair of the space mechanics group and later – Coordinator of Onera’s military space and Deputy Director for the space activities of its Directorate for Strategy and Commercial Activities. During this time, she built and supervised Onera’s space surveillance activities, including its radar Graves and its proposal for a telescope, Solstice, which could picture satellites from Earth.

In 2006, after retirement, she becomes Senior Advisor of Onera’s president, President of the Ile-de-France 3AF regional group and Vice-President of the French Air and Space Academy.

She first attended an International Astronautical Congress (IAC) in 1982 in Paris, as participant and member of the Local Organising Committee. From then onwards, she participated in many IACs, including as member and the Chair of the IAF Astrodynamics Committee. She also served from 2008-2012 as Special Advisor to the IAF President.

Mainguy has presented papers at COSPAR, AIAA and IAF congresses and has received many different distinctions.