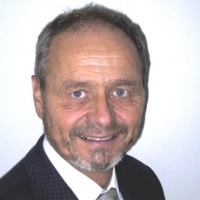 Berndt Feuerbacher was born in 1940 in Dresden, Germany. He completed his academic education at the Ludwig Maximilian University of Munich and defended his PhD in Physics in 1968.

He was appointed as research scientist at the European Space Agency’s (ESA – at the time called ESRO) European Space Laboratory (ESLAB, later the Space Science Department of ESA) at ESTEC in Noordwijk, Netherlands.

His research focused on solid state and surface physics applied to space-related problems. He pioneered experimental methods such as photoelectric emission and atom-surface scattering.

His scientific achievements include the discovery of surface electronic states on metals by photoelectron spectroscopy or the verification of longitudinal plasmon excitation by light. Other of his past activities include: Principal Investigator for laboratory experiments on lunar surface materials from the Apollo flights; project scientist for various science missions, including the International Ultraviolet Explorer satellite and the First Spacelab Payload. From 1973 he was Deputy Head of the Astronomy Division of ESA.

In 1981 he was appointed Chair of Space Physics at the University of Bochum in Germany, and simultaneously Director of the Institute of Space Simulation at the German Aerospace Center (DLR) in Cologne.

After German reunification in 1990, he supported the integration of the former Institute of Cosmic Research of the Academy of Science of the German Democratic Republic, founding two new DLR Institutes in Adlershof, Berlin.

His main research activities concentrated on materials science and solid state physics using microgravity conditions in space as a unique experimental parameter amongst other research in related areas. He contributed to progress in the understanding of the interaction of dust and grain particles with neutral and plasma environments in space and on Earth, and was active in research on comets and small bodies in planetary systems.

In this context he was involved in numerous space missions like TEXUS, Spacelab1, D1, D2, Eureca, Mir and MSL as well as in instrumental developments and ground operation systems.

He initiated the design and construction of a landing probe called “Philae” for the cornerstone ESA Rosetta mission, which presently is on its way to comet Churyumov-Gerasimenko, where it will land in 2014. His scientific results have been published in more than 180 journal papers, 12 books, and led to eight patents.

After his retirement in 2006, Berndt Feuerbacher was appointed founding director of the new DLR Institute of Space Systems in Bremen.

Berndt Feuerbacher advised ESA, NASA and the German space agency in various functions. He is active in learned societies such as the European Physical Society, DGLR, COSPAR, ELGRA and others where he is a member, a board or council member. He was elected full member of the IAA in 1986.