Department of Astronomy and Cosmonautics for schoolchildren • Consultant 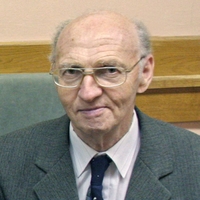 Boris Pschenichner began his space and astronomical education activity since 1955, when he was a teacher of astronomy in Moscow secondary school. Since 1958, when everybody was extremely interested in space due to launch of first satellites orbiting Earth, B. Pshenichner started working is Moscow Planetarium, where classes for astronomical education were organized.

In 1962 B. Pshenichner was invited to just opened “Moscow Palace of Pioneers” (today named “Moscow State Palace of Child and Youth Creativity”) with task to organize the first in USSR Department of Astronomy and Cosmonautics for schoolchildren. Since that time he was the head of the Department for more than 40 years. In that Department he organized courses for Astronomy, Astrophysics, Space biology and medicine, Crew of young cosmonauts, and even Rocket constructing.

Since the very beginning of the Department activity he established a very productive cooperation with scientists, researchers and teachers of colleges and universities, scientific and industrial organizations.

Lot of his students became astronomy teachers, space researchers, and engineers after they spent their school years at the Pshenichner classes at the «Pioneer Palace».

From 1996 to 2003 B. Pshenichner took part in creation of the concept of the Russian National Program for Space Education

From 2004 till 2013 B. Pshenichner was the head of Open scientific-educational program “Space experiment”, which was founded by Lomonosov Moscow State University, Space Corporation Energia and the Pioneer Palace. In framework of that program 13 projects proposed by schoolchildren have been realized onboard the International Space Station and Earth-orbiting satellites.

Up to now Boris Pshenichner is working as a consultant of the Department of Astronomy and Cosmonautics for schoolchildren.