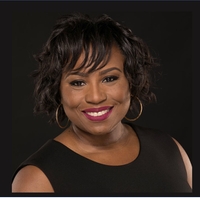 A rocket designer, space scientist, internationally-acclaimed speaker, trailblazer and world leader, Dr. Camille Wardrop Alleyne is a force to be reckoned with. Her accomplishments in the field of space exploration have been nothing short of extraordinary. In the highly technical fields of science and engineering where women are in the minority, she is one of the most-recognized women in aerospace engineering and one of the few women of color to serve in senior technical leadership position at the NASA. Born in Trinidad and Tobago, Dr. Alleyne migrated to the United States at the age of 17 years old and with her passion for space, she pursued a career designing and developing space and rocket systems.

She has spent her 25-year career advancing the areas of aerospace and space technology development, including space vehicle design and test and space research. In the last few years, she has emerged as an expert in the areas of space, science and technology application for sustainable global development. Dr. Alleyne currently serves as the Deputy Manager for the Commercial Lunar Payload Services at NASA Johnson Space Center where she develops the strategy and manages the execution of NASA's primary mission to the return to the Moon, first with US commercial companies. Prior to that she served as the Assistant Deputy Associate Administrator for Programs in the Science Mission Directorate at NASA Headquarters where she provided technical and executive leadership on NASA’s planetary, earth, heliophysics and astrophysics science missions.

Dr. Alleyne has a deep commitment to being of service and making a difference in the lives of young people all across the world, and as a result, has been and continues to be in a unique position to create immense change through her expertise in STEM, advocacy for global education, especially with regards to girls. She is a leading advocate for creating the next generation of female scientists, engineers, technologist and explorers - work she does through her Brightest Stars Foundation.