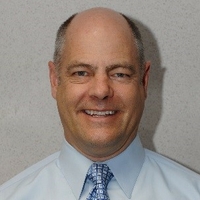 Dave Murrow is the Senior Manager of Deep Space Exploration Strategy and Business Development for Lockheed Martin’s Corporation Space. In his current role he is responsible for positioning the company to support NASA robotic exploration missions in the planetary, lunar, astrophysics and heliophysics arenas. In this role he works with the science, engineering, and programmatic stakeholders to build responsive and compelling mission solutions. He is focused on extending Lockheed Martin’s proven heritage in robotic and human spaceflight into the next phase of exploration missions.

Dave previously served as capture manager for NASA proposals, in both the science and human space flight areas. Dave has worked on space science and exploration missions in various roles such as navigator and systems engineer at Lockheed Martin, the Jet Propulsion Laboratory, Ball Aerospace, and as the owner of a small business. He was responsible for the launch campaigns of the Mars Climate Orbiter, Mars Polar Lander, and the Stardust spacecraft, which were all successfully launched in December 1998, January1999, and February 1999.

Dave has a Master’s and Bachelor’s degrees in Aerospace Engineering from the University of Texas at Austin (’87) and the University of Colorado (’84). In Austin, he also worked at the University’s Center for Space Research, supporting high precision Earth gravity field development for the Topex mission.

A Colorado native, Dave lives in Highlands Ranch, Colorado with his wife and has frequent visits from his two grown daughters. He spends his free time reading, skiing, and hiking in the mountains.