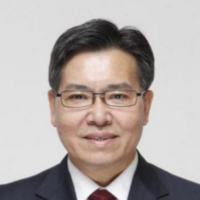 Mr. YU Dengyun was born in 1961. He is a scientist with a Ph.D in engineering. He is the deputy director of the Science and Technology Committee of China Aerospace Science and Technology Corporation, the deputy designer-in-chief of China’s Lunar Exploration Program, member of the International Academy of Astronautics, and the Co-Chair of the International Astronautical Federation Sub-Select Committee on Satellite Commercial Applications. He was the former vice president and engineer-in-chief of China Academy of Space Technology, and vice president of IAF. He has received many national scientific and technological progress awards of People’s Republic of China. Dr. YU Dengyun ranks second among all the contributors of Chang’e-4 mission. His major contributions include the following:

As the deputy designer-in-chief, he participated in formulating the overall technical plan of the program and organized its implementation throughout the whole process.

He proposed the scheme of relay communication satellite on Earth-Moon L2 point and the “three-pulse” mission orbit controlling method which managed to precisely adjust the orbital position and 2 speed, and strongly support the relay communication between the far side of the Moon and the Earth.

He raised the method of combining the TT&C, data-transmission, and data-management channels, realized the lightening of relay satellites and the optimization of channel resources.

He put forward the solution of developing the space nuclear power source for the measurement of day-night temperature of the Moon surface, led the formulating of the measurement method. As the first time of humankind, temperature data of the lunar subsurface on the far side of the moon during day and night was collected.