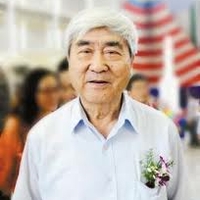 Qi Faren (1933.4—) is a professor, PhD supervisor and honorary dean of the School of Astronautics of Beihang University, and a member of the Chinese Academy of Engineering (elected in 2001) and the International Academy of Astronautics.

After graduation from the Department of Aircraft of Beijing Institute of Aeronautics (now known as Beihang University) in 1957, he was assigned to the Chinese Academy of Launch Vehicle Technology. In 1976, he began to develop satellites and spacecraft at the China Academy of Space Technology, where he worked as Vice President, President, Chief Designer of several satellites and spacecraft, and is a technical advisor now. He was the vice president of the Chinese National Committee for the Committee on Space Research.

He is an expert in space technology and the first chief designer of the Shenzhou spacecraft. Before the Shenzhou program, he brought up a complete ground experiment plan for Dong Fang Hong 1, China’s first satellite, established the design code of reliability for Dong Fang Hong 2, and adopted a common platform, modular design and several new technologies for Dong Fang Hong 3. As the chief designer of Shenzhou-5, China’s first manned spacecraft, he formulated the general plan that accommodated the reality of China. His contributions are systematic and groundbreaking.