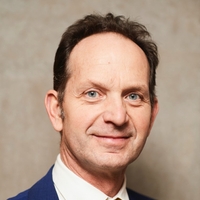 Floris Wuyts was born on April 8th 1963 in Wilrijk (Antwerp) in Belgium. He attended the University of Antwerp in 1981 where he graduated with great distinction in Physics in 1985. In 1991, Floris Wuyts obtained his PhD in Physics with a topic on blood vessel elasticity. He works since 1994 at an otolaryngology department, first at the University Hospital in Antwerp and recent years in the European Institute for ORL-HNS-SBS department of the St Augustinus Hospital in Antwerp. He became tenure professor at the University of Antwerp in 2002. Since 2013 he became full professor. Floris Wuyts is head of the Lab for Equilibrium Investigations and Aerospace (LEIA). He was the supervisor of 19 PhD’s and currently 3 PhD’s are ongoing.

He currently teaches Medical Physics, Physics and Biostatistics, as well as selected topics at the courses of neuroscience and cardiology. For a decade long he participated in the course of Audiological Medicine at the University College in London (UCL). He teaches yearly since 2011 at King’s College in London (KCL) in the Master course on Space Physiology and Health. Wuyts participates for several years as expert in the Governmental Task Force Space Research of the Flemish Government.

Floris Wuyts has 237 papers, Hirsch Index of 38 according to Web of Knowledge and according to Google scholar, he has 11509 citations, H-index = 59, and his most cited publication counts 658 citations. Floris Wuyts and his team conducted in the early 2000’s a study for NASA to investigate pharmaceutical countermeasures against space motion sickness. Since 2004, he obtained his first grant from the European Space Agency to further study the effect of medication on the different parts of the vestibular system. Since 2007 he performed and supervised his team during the testing of the vestibular and autonomic system of cosmonauts before and after long duration spaceflight for the SPIN project. Up to date (2021), 71% (n=45) of all cosmonauts who went to the ISS for long duration missions have been tested by him and his team in Star City near Moscow, as well as 5 ESA astronauts in Koln (Germany). This is the largest number of long duration space crew tested by any European scientist. His team was one of the first to unravel the link between the autonomous system and the vestibular system in humans. (Hallgren et al, Scientific Reports, 2015). Wuyts was the Principal Investigator of the first prospective study to look at the brain of space crew with MRI methods. This project is called BRAIN-DTI, which was written in 2009 for ESA and it still ongoing. Worldwide, there are less than 5 PI’s that have similar projects. Wuyts is the senior author on the first paper ever on the impact of long duration microgravity on the brain of an astronaut using the technique of MRI, providing very innovative insights in human brain functioning (Demertzi et al, 2016). In October 2018, he published as senior author a paper on this topic in The New England Journal of Medicine (IF=71), (Van Ombergen et al, NEJM, 2018) which is the highest ranked journal in general medicine, and the second highest of all scientific journals. He was honoured to give the 6th Eugen Reinarts Keynote Lecture at the Aerospace Medical Association Congress in Las Vegas in May 2019 for an audience of 1600 attendants. The topic was ‘The impact of microgravity and hypergravity on the human brain studied with advanced MRI methods’. In January 2020 Floris Wuyts was invited to give a keynote lecture at the NASA Human Research Congress in Galveston on the topic of Neuroplasticity in astronauts. Wuyts is one of the 6 members of the NASA-ESA Brain-SANS expert group, established by NASA and ESA to further elaborate on this topic. In 2019 he obtained the 1st price Vertigo Academy International, Minsk, for contribution on the vestibular cortex and visual induced dizziness. In 2019 he was co-author of the Best Scientific Paper on the European Society for Radiology conference in Paris.

Other scientific output and impact

The knowledge and expertise gathered in the different research projects is not only beneficial for space travellers, but directly applied to the dizzy patients to optimize the diagnostics and therapy. He supervises one of the sole research centres on Mal de Debarquement in Europe. His expertise on vestibular disorders made him to be selected in 2 expert panels from the Barany Society that have to establish the criteria for standardisation of 2 distinct vestibular pathologies: presbyvestibulopathy and Mal de Debarquement Syndrome. His tool – the SO STONED history taking – is an example of pattern recognition methods and clinical practice which is used in numerous clinics for diagnostic purposes. Floris Wuyts constantly searches to approach the dizzy patient with tools based on basic physics, space physiology and daily clinical practice.