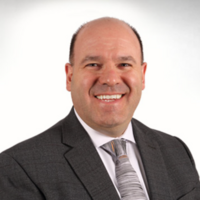 Previously, DeMauro was the Vice President and General Manager of Northrop Grumman’s Space Systems division within the Innovation Systems sector where he was responsible for the company’s Human Space Systems, Satellite Servicing and Commercial Communication Satellite business segments.

DeMauro also served as the Program Director of the CRS program for Orbital ATK where he managed the development, production and delivery of multiple Cygnus spacecraft and oversaw several successful cargo delivery missions. He also held the position of Vice President of Engineering as well as numerous leadership and program management positions in Northrop Grumman’s commercial communications satellite group.

In his 31-year career, DeMauro has held positions in Subsystem Development, Systems Engineering, and Business Development.

DeMauro has received the NASA Exceptional Public Service Medal, the Rutgers School of Engineering Distinguished Alumnus Award, the National Space Society Space Pioneer Award, and the Pete Rustan Civil Space “Courage to Innovate” Award. As a member of the Cygnus team, he has also received the AIAA Space Systems Award and the RNASA Stellar Award for the COTS Development Program.

A native of New Jersey, DeMauro holds a bachelor’s degree in mechanical and aerospace engineering from Rutgers University.