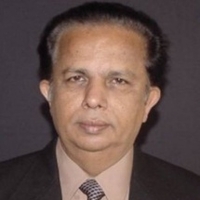 As Chairman of ISRO, he directed the development of space technology and its application to solve the problems of man and society in India. Under his leadership, 25 successful missions have been accomplished such as INSAT, Resourcesat, Edusat, Cartosat, Hamsat, Program of PSLV and GSLV launch, and Oceansat. He was responsible for implementation of India’s first mission to moon Chandrayaan 1 which led to the confirmation of presence of water on the moon. He has given major thrust in the implementation of application programmes such as tele-education, telemedicine and disaster management support systems for meeting the needs of society at large. A scheme for Village Resource Centres through satellite connectivity is implemented targeting multiple services in a single window, which aims at improving the quality of life of the poor people in the villages. He was the chief architect of India’s work horse launcher PSLV.

He has won several awards such as the National Aeronautical Award, FIE foundation’s Award, Shri Om Prakash Bhasin Award, Swadeshi Sastra Puraskar Award and Vikram Sarabhai Memorial Gold Medal of the Indian Science Congress Association. He has also received the Gold Medal from the Prime Minister at the 94th Indian Science Congress at Chidambaram in 2007. The nation has honoured him by conferring the Padma Bhushan in 1998 and the Padma Vibhushan in 2009.