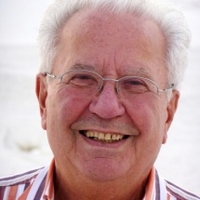 Gerhard Haerendel received the award for his pioneering contributions and achievements in space science during his time as principal investigator of several satellite projects.

The award was presented by former IAF President James Zimmerman at the 58th International Astronautical Congress in Hyderabad, India in 2007.