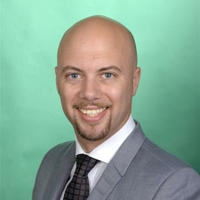 Guillaume Girard has been involved in the space industry for more than 10 years. With 2 masters in space engineering and project management, he started his career as a satellite propulsion engineer for Thales Alenia Space, and then moved internally to the Operations department to prepare and operate the launches and early orbit operation phases of geostationary satellites.

Guillaume moved forward to Munich, Germany to operate the International Space Station (ISS) Columbus module from the German Space Operations Center (GSOC). He worked as a spaceflight controller for the past 8 years and supported consecutively the ground segment, the payloads operations and the astronaut planning till March 2015.

Guillaume was also instrumental in preparing for and executing the first software transition on board the ISS Columbus module, requiring delicate coordination between the Ground segment and the flight systems. He has published 2 papers at the IAC and at Space OPS after this European premiere to explain the difficulties in synchronizing operation aboard the ISS and the ground segment during such a transition.

Certified ISS controller, ESA and NASA affiliate, he has been working under the leadership of INSYEN AG, one of the prime private providers of the Columbus Control center. Recently graduated from his MBA, Guillaume has now moved up to the Business development layer in order to grow INSYEN’s operational and systems engineering expertise into innovative space and aeronautic programs.

Since 2010, Guillaume has engaged with the IAF aboard the Workforce Development – Young Professional Program committee (WD-YPP), and helped to develop the Young Professional Virtual Forums (YPVF) sessions at the IACs. These technical sessions offer to those young professionals who can’t travel to IACs the possibility to present their selected paper or simply attend presentations they would not see if they were not broadcasted online. Proving to be a success, these technical sessions are now part of a dedicated IAC symposium that Guillaume co-chairs.

Active member of the IAF, Guillaume also joined in 2012 the Human Spaceflight committee thanks to his achievements in human space operations. Eventually, Guillaume became a partner of Zero2Infinity, a Spanish based company aiming at purveying manned travels to near-space and improving commercial space access to nano/micro-satellites.