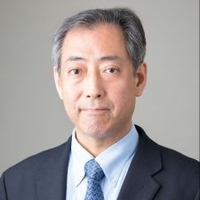 Hiroshi Yamakawa was born in Geneva, Switzerland in 1965. He received master’s degree of engineering in 1990 and earned Ph. D from the Department of Aeronautics, School of Engineering in 1993 both from the University of Tokyo.

He became a research associate and an associate professor at the Institute of Space and Astronautical Science in 1993-2003, and an associate professor at Japan Aerospace Exploration Agency (JAXA) in 2003-2006. He engaged in mission design of numerous Earth-orbiting scientific satellite projects as well as in lunar and interplanetary missions. He also engaged in the navigation, guidance, and control systems of the solid propellant rocket, M-V, and liquid propellant reusable sounding rocket, RVT. He was a study manager and a project manager of the Euro-Japan collaborative mission to Mercury “BepiColombo” from 2000 through 2006. He was a visiting scientist at NASA JPL in 1997-1998 and at ESA ESTEC in 2002.

He moved to Kyoto University in 2006 as a professor of the Research Institute of Sustainable Humanosphere, a professor of the Graduate School of Engineering (cooperating chair) and a deputy director of the Unit for Synergetic Studies of Space. His academic interest lay in orbital mechanics, trajectory optimization, space propulsion, and space situational awareness.

He was appointed as the President of JAXA in April 2018.