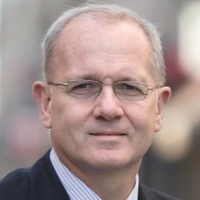 Jean-Yves Le Gall has been President of the Centre National d’Etudes Spatiales (CNES), the French space agency, from 2013 to 2021. In this capacity, he was Interministerial Coordinator for satellite navigation programmes and Chair of the Administrative Board of GSA, the European GNSS Agency. He was also Co-Chair of the Council of the European Space Agency (ESA) and Former President of the International Astronautical Federation (IAF).

Born in 1959, Jean-Yves Le Gall is a qualified engineer and scientist who has devoted his entire career to the European space programme, holding positions within the French national scientific research agency CNRS, several French ministries, at Novespace and a first stint with CNES before joining Starsem and Arianespace for 12 years, where he was CEO then Chairman & CEO.

He received the Astronautics Prize from the French Association of Aeronautics and Astronautics (AAAF) in 2001. He was named Via Satellite magazine’s 2005 Satellite Executive of the Year and received the Lifetime Achievement Award in 2007 from the Asia-Pacific Satellite Communications Council (APSCC). In 2011 he was inducted into the Hall of Fame of the Society of Satellite Professionals International (SPPI) and received the Icarus Prize from the French association of professional aerospace journalists (AJPAE). In 2014 he received a Laureate Award from Aviation Week & Space Technology magazine.

Jean-Yves Le Gall holds the rank of Officer in both the Legion of Honour and the National Order of Merit in France. He has also been awarded the Order of Friendship by the Russian Federation and the Order of the Rising Sun, Gold and Silver Star, by the government of Japan.