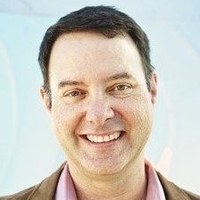 Dr. Jim Bell is a Professor in the School of Earth and Space Exploration at Arizona State University in Tempe, Arizona, an Adjunct Professor in the Department of Astronomy at Cornell University in Ithaca, New York, and a Distinguished Visiting Scientist at NASA’s Jet Propulsion Laboratory in Pasadena, California. He received his B.S. in Planetary Science and Aeronautics from Caltech, his M.S. and Ph.D. in Geology & Geophysics from the University of Hawaii, and served as a National Research Council postdoctoral research fellow at NASA’s Ames Research Center. Jim’s research group primarily focuses on the geology, geochemistry, and mineralogy of planets, moons, asteroids, and comets using data obtained from telescopes and spacecraft missions.

Jim is an active planetary scientist and has been heavily involved in many NASA robotic space exploration missions, including the Near Earth Asteroid Rendezvous (NEAR), Mars Pathfinder, Comet Nucleus Tour, Mars Exploration Rovers Spirit and Opportunity, Mars Odyssey Orbiter, Mars Reconnaissance Orbiter, Lunar Reconnaissance Orbiter, and the Mars Science Laboratory Curiosity rover mission. Jim is the lead scientist in charge of the Panoramic camera (Pancam) color, stereoscopic imaging system on the Spirit and Opportunity rovers, is the Deputy Principal Investigator of the Mastcam camera system on the Curiosity rover, and is the Principal Investigator for the Mastcam-Z cameras on NASA’s upcoming Mars-2020 rover. As a professional scientist, Jim has published 35 first-authored and more than 180 co-authored research papers in peer reviewed scientific journals, has authored or co-authored nearly 600 short abstracts and scientific conference presentations, and has co-edited or edited two scientific books for Cambridge University Press (one on the NEAR mission: “Asteroid Rendezvous”; the other on Mars: “The Martian Surface: Composition, Mineralogy, and Physical Properties”). He has been an active user of the Hubble Space Telescope, and of a number of ground based telescopes, including several at Mauna Kea Observatory in Hawaii.

Jim is also an extremely active and prolific public communicator of science and space exploration, and is President of The Planetary Society, the world’s largest public space education and advocacy organization. He is a frequent contributor to popular astronomy and science magazines like Sky & Telescope, Astronomy, and Scientific American, and to radio shows and internet blogs about astronomy and space. He has appeared on television on the NBC “Today” show, on CNN’s “This American Morning,” on the PBS “Newshour,” and on the Discovery, National Geographic, Wall St. Journal, and History Channels. He has also written many photography-oriented books that showcase some of the most spectacular images acquired during the space program: Postcards from Mars (Dutton/Penguin, 2006), Mars 3-D (Sterling, 2008), Moon 3-D (Sterling, 2009), and The Space Book (Sterling, 2013). Jim’s latest book is “The Interstellar Age: Inside the 40 Year Voyager Mission” (Dutton, 2015). Jim has a main belt asteroid named after him (8146 Jimbell). He and teammates have received more than a dozen NASA Group Achievement Awards for work on space missions, and he was the recipient of the 2011 Carl Sagan Medal from the American Astronomical Society, for excellence in public communication in planetary sciences.