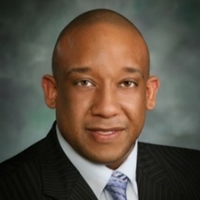 Mr. J.R. Edwards is a long-time IAF contributor, advocate, champion, and leading voice within the IAF General Assembly and across multiple IAF committees. A gentleman of high distinction, his visionary leadership for global outreach, partner development, and participatory exploration helped to facilitate the tremendous growth in IAF student and young professional involvement.

He has been celebrated for his world view and high enlightenment, and he is regarded as an expert in corporate diplomacy. Mr. Edwards has been recognized before the United Nations General Assembly for his work in global partner development and outreach. When asked about his proudest career accomplishment, he responded, “the individual lives we impact in a most positive way and the organizations we enable along this space exploration journey will lead us to future discoveries and greater human achievements. If my life’s work advances this journey for humankind, then I/We have accomplished a great deal.”

He is a proud founding member of The J.E.D.I. Space Group, nurturing visions for Just, Equitable, Diverse, and Inclusive societies as core to humankind’s space exploration aspirations, but with application for life on Earth.

J.R. Edwards is the Vice President-International for the American Astronautical Society, the premier U.S.-based network of current and future space professionals dedicated to advancing all space activities. He is also a lead advisor at Lockheed Martin, guiding and informing external C-suite level discussions and strategic reviews on over-the-horizon technologies, culture evolution, and innovative business practices.

Previously, Mr. Edwards served as Lockheed Martin’s manager of human space flight programs. He has been a long-time senior liaison to NASA Headquarters and U.S. Department of State. His portfolio included human space flight, science, aeronautics, and technology programs ranging from the Orion Spacecraft, NASA’s flagship of the human exploration program, to Hubble Space Telescope and historic Mars missions such as Curiosity.

Mr. Edwards appears regularly as a permanent observer representative to the United Nations. He serves on the boards of the National Institute of Aerospace, Explore Mars, and Students for the Exploration and Development of Space. He has served previously on the American Astronautical Society’s Board of Directors and the Entertainment Industries Council.

A native of Indianapolis, Indiana and longtime resident of Washington, DC, Mr. Edwards remains an arts enthusiast. He is a classically trained pianist and vocalist, having studied with Ms. Camilla Williams, the first African-American to hold a professional opera contract, and American heldentenor Mr. James King.