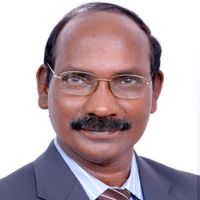 He joined ISRO in 1982 in the PSLV Project and has contributed immensely towards end to end mission planning, mission design, mission integration and analysis for all the launch vehicle programs viz., PSLV, GSLV and GSLV-Mk-III Vehicle.

He has played an exemplary role in developing and improving the launch vehicle capability for India. He is the architect of Space Transportation Roadmap for India addressing the present and future requirements as well as global scenario. He has prioritized a host of areas for technology development as part of the roadmap.

He enhanced ISRO’s outreach activities by establishing space incubation centres across the country. He also leveraged space technology as a diplomacy tool to enhance International Cooperation by extending the benefits of space technology to non-space faring countries.

He has received numerous awards in recognition of his contributions. Some of the major awards are ISRO award for outstanding achievement for the year 2016, Shri Hari Om Ashram Prerit Dr. Vikram Sarabhai Research award for the year 1999, ISRO merit award for the year 2007, Dr. Biren Roy Space science award for the year 2011, The Distinguished Alumnus Award 2013 from MIT Alumni Association, Chennai, The Distinguished Alumnus Award 2017 from IIT-B, Mumbai and Distinguished Alumnus Award 2018 from IISc. Besides this he has been conferred with Honaris Causa from many prestigious universities. Received Lokmanya Tilak Award-2018 from Lokmanya Tilak Smarak Trust, Pune. “Nav Yug Chanakya Puruskar” from Hindu Economic Forum, Kochi and ‘Vigyan Ratna Award’ from Panjab University in 2019. He is also selected for the 2020 IEEE Simon Ramo Medal from IEEE and 2020 Allan D. Emil Memorial Award by the International Astronautical Federation.