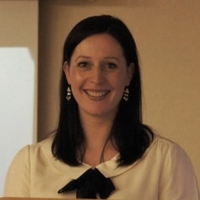 Kimberley also supports the CSIRO Centre for Earth Observation through oversight of the acquisition of CSIRO's first CubeSat (CSIROSat-1). She was also Program Leader of DMTC's High Altitude Sensor Systems Program (on part-time secondment) from the HASS Program's establishment in early 2017 through to Dec 2019.

Prior to the establishment of the Space FSP Kimberley was Executive Manager Space Sciences and Technology within CSIRO, in which role she focused on space strategy, industry development, and the implementation of new space-related activities and capabilities within CSIRO. Her previous experience includes time as the CSIRO SKA Consortium Officer (2014-15), managing CSIRO’s obligations as lead organisation of the Square Kilometre Array (SKA) Dish Consortium - the largest of the 11 international consortia responsible for designing the world’s biggest radio-telescope.

Prior to joining CSIRO, Kimberley was Assistant Manager of Space Policy within the Australian Government Department of Innovation, Industry, Science and Research. There she co-authored the policy proposal which led to the four-year $40 million Australian Space Research Program (2009 – 2013).

In 2014 Kimberley became the first Australian to receive the prestigious Lawrence Sperry Award from the American Institute of Aeronautics and Astronautics. She has also served as Chair of Engineers Australia's National Committee on Space Engineering, and as a member of the Australian Academy of Science's National Committee for Space and Radio Science. In 2013 she was the first Australian to be recognised with the International Astronautical Federation's Young Space Leader award.