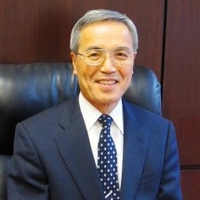 Kiyoshi Higuchi is former IAF President and former JAXA Vice-President. He took office in April 2010 to provide general oversight and overall coordination of JAXA activities and retired from JAXA in 2015.

From the very beginning of his career, Higuchi has been always at the center of Japan’s efforts to advance the development of space technology and its applications and to pursue space exploration.

Higuchi was born in 1946 in Mie Prefecture, Japan. He received a bachelor’s degree in mathematics from Nagoya University and a master’s degree in aeronautics and astronautics from the Massachusetts Institute of Technology (MIT) in 1977.

Higuchi started his career in 1969 with the Science and Technology Agency of the Government of Japan. Upon the establishment of the National Space Development Agency of Japan (NASDA) that year, he joined NASDA as an engineer to be involved in developing sounding rockets and H-series rockets.

From the early 1980’s, he started to play a key role in the Japanese participation in the International Space Station (ISS) Programme. Higuchi helped establish the International Utilisation Coordination Working Group (IUCWG), to strengthen collaboration among ISS partners in utilising ISS.

From the mid-1990’s, he became increasingly involved in the overall planning and management of NASDA. When NASDA merged with the Institute of Space and Astronautical Science (ISAS) and the National Aerospace Laboratory of Japan (NAL), to establish JAXA in 2003, he facilitated the efforts to bring these distinctive organisations with different cultures to work together as one. Under his leadership, JAXA also focused its efforts on strengthening its capacity in system engineering as well as in safety and mission assurance. Higuchi also made substantive contributions to the development of JAXA’s long-term vision, “JAXA 2025”, released in 2009, that provides a roadmap for the next 20 years.

Higuchi also took the initiative to transform the Asia-Pacific Regional Space Agency Forum (APRSAF), from a forum limited to the exchange of information to the one that focuses on undertaking concrete actions. This is well illustrated by highly successful “Sentinel Asia”, an APRSAF initiative bringing space agencies and disaster management agencies to work together. APRSAF continues to pursue multilateral initiatives that address issues of importance to the region.

Higuchi directed JAXA’s efforts to provide a platform for private and public sectors to work together to come up with innovative products. He also served as the Vice-President of Japan Manned Space Systems Corporation (JAMSS) from 2009 to 2010.

As the Managing Director of JAXA’s Lunar and Planetary Exploration Program Office, established in 2007, Higuchi worked closely with colleagues in Europe, the United States, Russia, China and India to develop a shared vision of coordinated human and robotic space exploration focused on solar system destinations. This laid the groundwork for the International Space Exploration Coordination Group (ISECG).

Relating to IAF, Higuchi played a key role in JAXA team that supported IAC 2005 in Fukuoka, Japan, as an executive of JAXA and the IAF Presidency of T. Godai, from 1998 to 2000, as NASDA senior manager.

Higuchi also nurtured JAXA’s decisions to support the IAF’s student and young professional programmes and was instrumental in the establishment of the International Space Education Board which conducts the IAC student programmes. Within JAXA, he supported various new initiatives to encourage and motivate young staff to establish international networks among space agencies in Asia and to come up with innovative projects in the area of space utilisation.