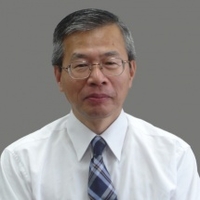 Dr. Kuniaki Shiraki was born in 1946. In 1969, he graduated with a bachelor’s degree in Mechanical Engineering from the Kyushu Institute of Technology of Japan. In 1978, he completed the Graduate Study at the California Institute of Technology in Applied Mechanics for a master’s degree, and received PhD in Mechanical Engineering from the Kyushu University of Japan in 2000.

In 1972, Dr. Shiraki started his career as a spacecraft structural engineer in National Space Development Agency of Japan, that is the former entity of Japan Aerospace Exploration Agency (JAXA). In 1984, he joined in the Phase B study of the Japanese Experiment Module (JEM) called Kibo, Japan’s first manned space facility and the largest science laboratory module in the International Space Station. Since then, Dr. Shiraki has been dedicating himself to promote Japan’s ISS Program for the last 26 years.

Throughout the implementation of the JEM system hardware development, he led the JAXA’s engineering team for the system engineering and integrations of the JEM elements, especially for the system architecture and interface definition in relation to the NASA’s ISS core elements. After completion of the JEM system hardware development, he was promoted to the JAXA ISS Program Manager in 2003. Since 2007, he has been directing the Japan’s ISS program including the H-II Transfer Vehicle (HTV) Project as an Executive Director of JAXA. During the last stage of the ISS assembly completion, which was halted due to Columbia tragedy in 2003, he made a great effort to move the ISS program forward with very close collaboration with the other managers from International Partners including NASA. This effort contributed to the resumption of the ISS assembly, and resulted in successful completion of the JEM assemblies with three Space Shuttle flights and the following operations through 2008 to 2009. The Japan’s first two cargo transportation missions with the HTV were also successfully completed through 2009 to 2011. Dr. Shiraki’s great devotion brought this series of Japan’s flawless mission success, which proved the reliability of Japan’s space program in the world and brought the standard of Japan’s space technologies to the higher ground.