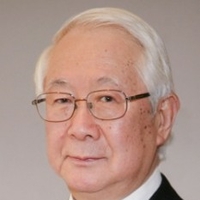 Professor Dr Uesugi has dedicated himself for about four decades to research in the fields of systems engineering of space exploration, space propulsion and orbital dynamics, basic and applied research in astrodynamics, with over 130 scientific papers.

Kuninori Uesugi is an organiser and supervisor of studies of solar system exploration. Over the years, he has not only planned and proposed a number of space missions but also supervised research and experimental works undertaken in the institutes, universities and manufacturers in ensuring the development of advanced spacecraft systems for successful implementation of the missions.

He led and made remarkable success of a number of bi-lateral or multi-lateral space programme, such as “Hayabusa” the world first asteroid sample return mission, which was conducted by ISAS (Institute of Space and Astronautical Science) of Japan in corporation with NASA and Australian Government, “Geotail” one of the ISTP (International Solar Terrestrial Physics) program, “Hiten” carried out double-lunar swingby mission with participation of Munich Technical University of Germany, “Sakigake” and “Suisei” allied to Halley’s Comet Armada.

In the ISTP programme, he chaired Mission Design Working Group of IACG (Inter-Agency Consultative Group for Space Science) consisted of the managers of NASA, ESA, IKI and ISAS.

After his retirement from ISAS/JAXA, he is still eager to encourage further progress of solar system exploration, especially sample return missions not only from small bodies like NEA (Near Earth Asteroid) but also from satellites of outer planet such as Enceladus, one of the moons of Saturn.

Uesugi also has a perspective that space in the 21st century should be “friendly” to the general public, which means easy access to space for everybody who wants to go to space, and he is looking for realisation of “Spaceport Japan” in Taiki-cho, Hokkaido, Japan as the first step towards the friendly space.