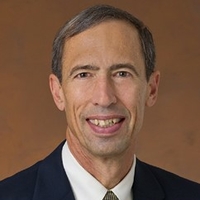 Larry D. James was appointed Deputy Director of NASA’s Jet Propulsion Laboratory in August 2013. He is the Laboratory's Chief Operating Officer, responsible to the Director for the day-to-day management of JPL's resources and activities. This includes managing the Laboratory's programs and missions in planetary exploration, astronomy, physics, Earth science and interplanetary network communications, as well as all business operations. These activities employ 6,000 scientists, engineers, technicians, and business support personnel, generating $2.6 billion in annual revenues.

Lt. Gen. James received his Bachelor of Science in Astronautical Engineering (1978) from the US Air Force Academy (Distinguished Graduate) and his Master of Science in Aeronautics and Astronautics (1983) from the Massachusetts Institute of Technology, Cambridge MA. He was also a Draper Fellow at the Charles Stark Draper Laboratory in Cambridge MA.