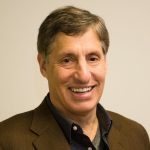 Lon is the President and Chief Executive Officer of GEOshare, a wholly owned subsidiary of Lockheed Martin. Lon Levin is an executive and entrepreneur with over 30 years’ experience in telecommunications, new media, and aerospace industries. Prior to joining GEOshare, Lon was the President of SkySevenVentures, which invested in, operated, and advised new technology companies including businesses in commercial satellites, cyber security, Internet music streaming and video messaging, launch vehicles, and investment banking. Lon speaks at industry, academic, and government conferences on technology business management, policy, and finance. Lon mentors many people in space, satellite, and other industries.

Lon is the cofounder of XM Satellite Radio and played an integral executive role in the formation and development of other media, satellite, and wireless companies including Mobile Satellite Ventures, XM Canada, Motient Corporation, American Mobile Satellite Corporation, and TerreStar Networks. Before his corporate career, Lon was a partner in the law firm of Gurman, Kurtis, Blask & Freedman, where he specialized in media, aerospace, and wireless matters. He started his career as an attorney at the Federal Communications Commission. Throughout the 1990s, Lon served as a U.S. Delegate negotiating technology treaties at many United Nations International Telecommunication Union conferences. Lon holds five telecommunication satellite patents.