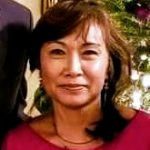 Neevy van Laningham covers a broad space portfolio of diplomatic efforts focused on bilateral and multilateral civil space policy cooperation in the Asia-Pacific region. In this role, she headed the Bureau’s efforts to develop new bilateral space dialogues with the Republic of Korea, Thailand, Vietnam, Indonesia, Malaysia, the Philippines, and Sri Lanka, as well as expanded cooperation in multilateral bodies such as the Asia Pacific Regional Space Agency Forum.

In addition to spearheading new bilateral cooperation on the use of earth observation satellite data to address environmental and other issues in Southeast Asia, Neevy initiated and coordinated with Vietnamese counterparts on space-based maritime domain awareness programs to counter illegal fishing, the drugs trade, and other smuggling operations in the seas surrounding Vietnam’s exclusive economic zone. This latter effort has resulted in collaboration between the U.S. Pacific Command and Vietnamese counterparts which became one of the key outcomes of Secretary Kerry’s Safe Ocean Network initiative in 2016.

Neevy’s previous State Department postings included Beijing, China, Bangkok, Thailand, and Phnom Penh, Cambodia. Prior to that time, she was the Peace Corps Overseas Training Officer and served as a Peace Corps volunteer in Togo, West Africa in the 1980s. She completed two years of post-graduate work in Cultural Anthropology and holds a B.A. degree in International Relations/ Political Science from Whittier College, USA.