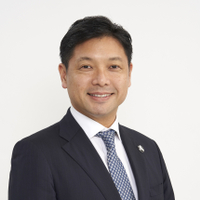 Nobu Okada founded Astroscale in 2013 due to a strong desire to address the growing threat ofspace debris. He used his personal funds as seed money and hired a team in Singapore in 2013 andopened an R&D office in Japan in 2015, a UK office in 2017, a US office in 2019, and an Israeli officein 2020, whilst raising US $191M capital. The team calls themselves, “Space Sweepers” and theirmission is to secure safe and sustainable development of space for the benefit of future generations.

Nobu is the International Astronautical Federation’s Vice President for Space Economy andSponsorship, co-chair of The Future of Space Technologies Council, World Economic Forum, memberof the Space Generation Advisory Council Advisory Board, and a Fellow of the Royal AeronauticalSociety. He also served as a member of the Subcommittee on Space Civil Use, and Space Industry atthe Cabinet Office for the Government of Japan. Nobu was awarded Company Leader of the Year atthe 2020 SpaceNews Awards, Grand Prix during the UNESCO Netexplo Innovation Forum 2020,Forbes JAPAN “Start-up of The Year 2019” and Technology Pioneer by the World Economic Forum in2017.

Prior to founding Astroscale, Nobu was an IT entrepreneur and strategy consultant, andhad managed IT companies in Japan, China, India and Singapore. He led one company to a successfulIPO. Before joining the IT industry, he worked for McKinsey & Company and the JapaneseGovernment in the Ministry of Finance. He earned his bachelor’s degree in Agriculturefrom the University of Tokyo in 1995 and an MBA from the Krannert School of Business, PurdueUniversity in 2001.

When he was a teenager, Nobu attended a camp at NASA’s Marshall Space Flight Center in theUnited States where he met Japan’s first astronaut, Mamoru Mohri. He received the handwrittenmessage, “Space is waiting for your challenge.” and has been inspired to work on space ever since.