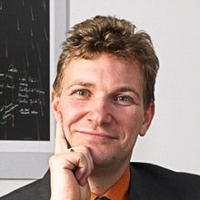 After having spent some years at CERN, his professional career led him to the European Science and Technology Centre (ESTEC) of the European Space Agency (ESA) in Noordwijk (Netherlands), where we worked as future studies systems engineer and expert for emerging technologies.

From 1999 to 2006, Norbert was engaged with consultancy work for Booz Allen Hamilton, mostly focusing on aerospace, telecoms and hi-tech.

After a professional detour into management with the start-up QASAR in Vienna, Norbert returned to the Netherlands in the beginning of 2009, where he worked for three years as a scientific officer at the EC Joint Research Centre – Institute for Energy and Transport in the action for “Hydrogen Safety in Storage and Transport”, being responsible for scientific aspects of high pressure hydrogen storage activities and further technical developments.

As of 2012 Norbert is a partner at SpaceTec Partners a unique boutique consultancy providing strategy and technology consulting, communication activities and interdisciplinary project management mainly for the European Commission, ESA and leading industries. Being the “R&D and hi-tech partner”, Norbert’s role within the company involve: Strategy development, Science and technology competence, Experimental research, Networking, as well as Authoring and presenting.

Beside these scientific activities, Norbert is a leading member in various associations (like the Austrian Space Forum, the Space Generation Advisory Council of the United Nations and the International Academy of Astronautics) and is active as science communicator, making science documentaries for the Austrian Broadcasting Corporation, Bayern Alpha, 3Sat and writing popular science articles in various magazines. In addition, Norbert is a keen acrobatic pilot and a high sea skipper, enjoys skiing and ballroom dancing.