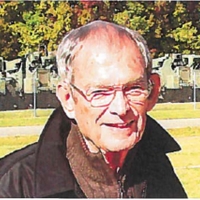 “I was one of the cohort that was in the right place at the right time: NASAs evolution from Aeronautical Research to Space Exploration. I worked at NASAs Langley Research Center with the pioneers of our space program, from 1949 (NACA) to 1986 (NASA).

One of Langley’s early space projects was ECHO I, a 100 foot diameter balloon to be the first communication satellite and an explorer of the upper atmosphere. My job was to put it 200 miles up over Wallops Island to test its inflation process before putting it into orbit. I designed the two-stage solid propellant SHOTPUT rocket, solving the dynamic roll- resonance problem of unguided sounding rockets with help from coworkers. The first one was launched on October 28, 1959. It took 5 launches to get the balloon to open properly. For ECHO II, the 135 foot diameter follow-on, I tested its deployment process by launching it on a one-stage Douglas THOR rocket from Canaveral, with a real-time down-linked TV and a recoverable film camera on front of the THOR which monitored the balloon’s unfolding. Two launches were required in 1960 to get the balloon to open properly. Some of the astronauts at the Cape at that time came over to see our real-time TV downlink.

We used the same SHOTPUT rocket to test the Italian SAN MARCO satellite at Wallops two times, before its launch into its satellite orbit.

Following that was LUNAR ORBITER, the precursor to the APOLLO program. Langley was given the job of finding landing sites for APOLLO, and I became the Mission Design Manager in the LUNAR ORBITER Project Office. With 5 launches planned, we should be able to get enough photos for Apollo. My job was to get answers to: When do we launch, What are the trajectories, and Where do we take the pictures? NASA Headquarters told us to consult with the US Geological Survey in Flagstaff AZ to select the sites on the Moon to be photographed, so I and my assistant Tom Young visited Larry Rowan there and selected a number of promising sites. We changed the mission concept from shooting all 212 frames at one site on each mission, to doing 10 sites on each mission, causing extensive changes to the mission profile, and the operation of the on-board film-camera system, which we successfully developed with our Boeing contractor. Our first mission, August 1976, succeeded in getting the photos, including an un-planned first photo of the Earth from the Moon, and discovering the Lunar Gravity Field anomalies, which we had to account for in real time, and which influenced the APOLLO trajectories too.

After the third successful mission, APOLLO didn’t need any more sites, and Project Manager Cliff Nelson asked me “What will we do with numbers 4 and 5?” I said “We’ll map the Moon on number 4, and do other Science on number 5”. And we did. All told, FIVE successful missions in 1966 -1967, a first for NASA Lunar missions at that time.

In 1968, many of the LUNAR ORBITER Team at NASA Langley went on to start the Viking Project to put two landers on MARS in 1973. In January 1970, HQ told us the launches were slipped to 1975 due to budget problems. I had to tell our Project Manager Jim Martin we could not get there in 1975 using the Titan launch vehicle like we planned for the 1973 launch due to the different positions of Earth and Mars in their orbits. He replied “ Norman, you will find a way”. And my Mission Design Team, which included Langley, and my contractors at Langley, and JPL, and some help from Houston, did, after a six month study. Using the same Titan launcher, we found we could get there launching in 1975 if we took an 11 month trajectory, instead of the 6 month trajectory that the Earth-Mars planetary positions allowed for in the1973 opportunity. That 11 month trip around the Solar System type of interplanetary trajectory had never been done before, but we did it, launching twice in 1975, and getting to Mars in 1976, and landing number one successfully on July 20, 1976, and number two on September 3 1976. Our observations from orbit on both missions showed the preselected sites were NOT acceptable, so we went through an unplanned mission re-design process to find acceptable sites. And we did, TWO for TWO! The interplanetary trajectory design solution was just the beginning of the development by JPL of many other innovative trajectory designs, including close fly-bys of other planets to get a ‘gravity boost’.

After Viking, I worked on airplane problems, including Langley’s “Storm Hazards Program”, and after retirement, worked for the FAA as a contractor, advising them on the development of their new weather data systems. Later, I worked as a consultant to ViGYAN Inc of Hampton Virginia, developing the Pilot Weather Advisor System to put real-time weather data on the GPS moving map in aircraft using a satellite down-link, which is in general use today. We got the patent in 1993. I also put together a consortium that developed a technology for Lightning-Proofing composite aircraft, which also is in use today. In 2003, with ViGYAN, we put a digital Flight Recorder on Ken Hyde`s 2003 replica of the 1903 Wright Flyer, and presented my results in a paper to the AIAA in 2006. I have authored and co-authored many other papers about the work I have done, to ensure that the results can be known by others. Also, I have mentored youngsters, of ages 5 to 25 about science and engineering, including interns at work, and others that have come into my life. One of the things I pass along is that when you are trying to do something that has never been before, the unexpected frequently happens, and to succeed, you may have to deal with it in real time, without recourse to re-engineering the whole system. I have been fortunate to have been in that CAN-DO environment in my whole career, working with like-minded people in government and industry who wanted to Make It Happen in spite of real obstacles.”