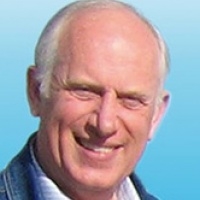 Professor Oleg Alifanov was born in 1941 in Moscow. A scientist, lecturer and organiser of education and research in the field of aerospace science and technology, he is an expert in the field of thermal design and testing of space and aerospace vehicles.

He is the author of a fundamentally new scientific line, based on inverse methods. His expertise lies in particular with methods based on solving a new class of the so-called “ill-posed” problems of heat and mass transfer. These methods make it possible to carry out studies of thermal and thermo strength state of materials and structures in conditions close to natural flight conditions. This improves the efficiency and lowers the R&D costs of a spacecraft’s thermal protection and control system.

By the 1980s, in large part thanks to Prof. Alifanov’s work, this evolved into an original quickly-developing area of research on a global scale. His scientific and applied results received international acceptance and were taken forward by both Soviet and international researcher projects.

Prof. Alifanov is one of the founders of the ICAS Cosmos and RESIC of Aviaspace Industry. As a member of the Russian Academy of Sciences, he has made a great contribution into development of cooperation between the universities and aerospace institutes of Russia and other countries. He has presented many scientific lectures and papers in universities, including the International Space University (ISU), research institutes and industrial enterprises around the world.

Prof. Alifanov has also actively promoted international cooperation and information exchange through his participation in International Astronautical Federation activities. He began participating as an IAF volunteer in 1989 and has since served as the representative of MAI to the Federation, as an author and session coordinator, as a member of the IAF’s Space Systems, Space Education and Outreach and Nominations committees.

Professor Alifanov also served as a Vice President of the IAF from 2000 to 2004.