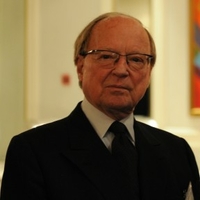 Dr. Peter Jankowitsch was Permanent Representative to the United Nations (New York), the OECD and ESA in the Austrian Foreign Service and a member of the Austrian Federal Government (Minister of Foreign Affairs) and the Austrian Parliament. While Chair of the UN Committee on the Peaceful Uses of Outer Space (1972–1991), several of the UN space treaties as well as some of the Principles on state activities in space were adopted.

Holding positions in UNISPACE 82 and 99, he also represented Austria in a number of international space conferences and organizations. Head of delegation in the Council of ESA (1993–1998), he was also a member of its Long Term Space Policy Group. In 2004 he was appointed to the ESA/EU High Level Space Policy Group. With Hubert Curien, one of the founders of EURISY, he helped in the launching of ESPI, later joining its Advisory Council. From 1998 he chaired the various supervisory bodies of the Austrian Air and Space Agency, representing it in many international bodies.

A member of the Board of Trustees of the International Academy of Astronautics, he chairs its Social Sciences Section and was also an Associate Editor of Acta Astronautica. Authorising various articles and publications on space law and international cooperation in space he has given numerous keynote addresses and presentations to conferences, workshops and academic seminars, advising inter alia the Scientific Advisory Board of the Cologne Commentary on Space Law.

An Honorary Board Member of the IISL, he received the Allen D. Emil Memorial Award for International Cooperation in Astronautics in 1981, and the Social Sciences Award of the IAA in 2001. A commander of the Legion d’Honneur, he also holds numerous other awards.