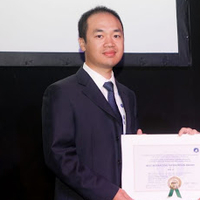 Dr. Rui Li joined the space community in 2009, as an employee of Beijing Institute of Control Engineering (BICE), which is part of China Academy of Space Technology (CAST).

Starting as a design engineer, he has been serving the positions of the team leader, the lab manager, and the deputy director.

As a young leader, Dr. Li led several product development teams whose group members were mostly young researchers. He managed the teams efficiently and productively. In just a few years, a number of new space mechanisms have been developed by the teams.

Dr. Li is very active in knowledge sharing and information exchanging. He organized “2012 symposium of space pointing and tracking devices and control technologies” which is the first symposium of this kind in China.

Dr. Li actively participated in the events organized by IAF. He was the youngest technical expert recommended to IAF by CAST in 2012. In 2013, he attended the IAF-IPMC Young Professionals Workshop, as a representative of CAST. In the workshop, he offered a number of meaningful suggestions to the organization committee. He also participated in the Committee for Liaison with International Organizations and Committees meeting, as a representative of Committee On Space Research (COSPAR). After the workshop, he wrote an article about the workshop for Space Research Today published by COSPAR, in order to enhance the public awareness of the young professionals in the international space community.