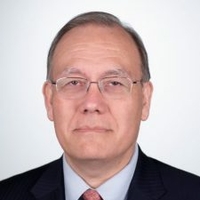 Dr. Pace rejoined the faculty of the Elliott School of International Affairs in 2021 after serving as Deputy Assistant to the President and Executive Secretary of the National Space Council from 2017-2020. He previously served as the Associate Administrator for Program Analysis and Evaluation at NASA from 2005-2008 and Deputy Chief of Staff for the NASA Administrator from 2002-2003. Prior to NASA, he was the Assistant Director for Space and Aeronautics in the White House Office of Science and Technology Policy. From 1993-2000, he worked for the RAND Corporation's Science and Technology Policy Institute, and from 1990-1993, he served as the Deputy Director and Acting Director of the Office of Space Commerce, in the Office of the Deputy Secretary of the Department of Commerce. He received a Bachelor of Science degree in Physics from Harvey Mudd College in 1980; Masters degrees in Aeronautics & Astronautics and Technology & Policy from the Massachusetts Institute of Technology in 1982; and a Doctorate in Policy Analysis from the RAND Graduate School in 1989.