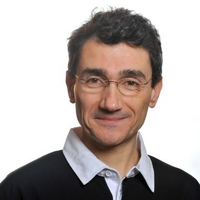 Silvio leads the New Space Exploration Programmes of Airbus, creating missions, vehicles and technologies to make human expansion into space possible and sustainable. In his previous position in Airbus, he was in charge of developing new launcher programmes and business for Airbus Defence and Space, both in Europe and internationally – among which ARIANE 6 and ADELINE. He joined the then-EADS Group in 2005 in the Paris area, to co-ordinate Astrium Space Transportation relations with the European Space Agency.

Beyond Airbus, Silvio worked for Ariane Group, EUMETSAT, Vega, Arianespace and Thales Alenia Space on all sorts of space programmes – launchers, satellites (Earth observation, navigation) and human spaceflight – in both industry and government across Europe. Starting off as a system engineer, he worked in project management, business development, policy, procurement, launch operations and general management, living in locales as different as Turin, Bremen, Paris, Strasbourg, Darmstadt and French Guiana.

Silvio completed the Corso in Scienze Aerospaziali with Politecnico, Turin, in 1990, and the Master of Space Studies with the International Space University (ISU), Strasbourg, in 1998. Since 2019 he is a member of the ISU Board of Trustees.

Based in Bremen, Germany, married with three daughters and a proud EU citizen (French and Italian), Silvio is thrilled by the opportunities offered by our civilisation’s expansion into space and by Europe’s role in it.