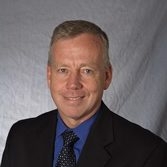 A former U.S. Air Force (USAF) pilot and NASA astronaut with more than 30 years of flight test experience, Steve Lindsey is the Vice President of Space Exploration Systems for SNC. Lindsey oversees design, development, testing and operational employment of the Dream Chaser® spacecraft, a modern, reusable, lifting-body space system for uncrewed and crewed transportation to low-Earth orbit. Additionally, he has responsibility for development and program execution of Dream Chaser derived systems and products.

Lindsey earned a Bachelor of Science in Engineering Sciences from the U.S. Air Force Academy in 1982. Upon completion of his degree he was commissioned a second lieutenant and sent to Undergraduate Pilot Training. After receiving his pilot wings he qualified in the RF-4C Phantom II and served as a combat-ready pilot, instructor pilot, and academic instructor. In 1987, he was selected to attend graduate school at the Air Force Institute of Technology, Wright-Patterson Air Force Base, Ohio, where he completed a Master of Science in Aeronautical Engineering. Lindsey completed the USAF Test Pilot School course at Edwards Air Force Base, California in 1989 and was then assigned to Eglin Air Force Base, Florida in 1990 as an experimental test pilot where he conducted weapons and systems tests in F-16 and F-4 aircraft. While a member of the 3247th Test Squadron, Lindsey served as the deputy director of the Advanced Tactical Air Reconnaissance System Joint Test Force and as the squadron’s F-16 flight commander. Additionally, he served as an Integrated Product team leader in the USAF SEEK EAGLE Office where he was responsible for weapons certification for the F-16, F-111, A-10 and F-117 aircraft. Lindsey retired from the Air Force in September 2006 after logging more than 7,000 hours of flying time in more than 50 different types of aircraft. Lindsey was assigned to NASA as an astronaut candidate in 1995, becoming an astronaut the following year and qualifying for flight assignment as a pilot. During his 15+ year tenure at NASA, Lindsey completed five space flights and logged more than 1,510 hours in space. He served as pilot on STS-87 in 1997 and STS-95 in 1998, and was the mission commander on STS-104 in 2001, STS-121 in 2006 and STS-133 in 2011. He last served as chief of the astronaut corps, overseeing spacecraft development, crew selection and training and flight test/crew operations in support of the space shuttle, International Space Station (ISS) and Constellation Programs.