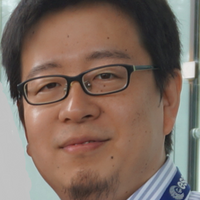 Mr. Ohtani is an Associate Senior Engineer in the Chief Engineer Office at the Japan Aerospace Exploration Agency (JAXA). He is in charge of Systems Engineering (SE) / Project Management (PM) processes & methodologies, R&D management, and knowledge management at the agency level. He also provides oversight and assessment for the JAXA’s flight projects.

He joined JAXA in 2005, he had worked as an Attitude and Orbit Control Subsystem (AOCS) engineer in the Guidance and Control Group. He had studied on robust attitude control for large flexible satellite, and developed high reliable Inertial Reference Unit that has been used for Japanese satellites. He had also worked on several flight projects and missions (e.g., SLATS, SPICA, ETS-VIII, OICETS, GOSAT, and JASMINE).

Between 2009 and 2011, he had worked in the Space Technology Demonstration Research Center as a Lead Systems Engineer and Deputy Project Manager for Small Demonstration Satellite – 4 (SDS-4). After the launch in 2012, he had led the operations team as a Spacecraft Operations Conductor and had mainly conducted the new space mission studies and project formulation. In 2014, he had been an International Visiting Research Fellow at the European Space Research and Technology Center of the European Space Agency.

He honored the Outstanding Technology Award from the Society of Instruments and Control Engineers (SICE) in 2011 for the world’s first achievements of in-orbit advanced attitude control experiments using Linear Parameter Varying (LPV) Techniques for Japanese large flexible satellite ETS-VIII. He also received the JAXA Presidential Award in 2012 and the Space Frontier Award from the Japan Society of Mechanical Engineers (JSME) in 2013, for the success of SDS-4 spacecraft systems development and its mission operations. Furthermore, he was awarded the JAXA Vice Presidential Award in 2016 for the reformation of JAXA’s project management process.

He serves on the IAF International Project/Program Management Committee (IPMC) and Knowledge Management for Space Organizations (KMTC) as the JAXA representative. He is the chair of the IPMC’s Standing Space Agency Sub-Committee (SSASC). He is also a technical committee member of the International Conference on Systems Engineering and Concurrent Engineering for Space Applications (SECESA).