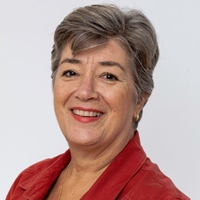 She advises various bodies on space law issues, teaches and supervises students at Bachelors, Masters and PhD level, lectures at universities worldwide, carries out research and publishes on a broad range of space law topics. She attends the annual sessions of the Legal Subcommittee of the UN Committee on the Peaceful Uses of Outer Space as an observer.

Tanja was co-founder and member of the Hague Space Resources Governance Working Group, and is appointed as arbitrator for space related disputes at the Permanent Court of Arbitration and as member of the Space Learning Group of ICAO.

She is an elected member of various professional associations such as the International Academy of Astronautics (IAA), the Académie de l’Air et de l’Espace (AAE), and the International Law Association (ILA). She is a Board Member of Open Lunar Foundation and the Interplanetary Initiative of Arizona State University, and was a Member of the Founding Boards of the European Centre for Space Law (ECSL) and of Women in Aerospace-Europe. She served as advisor to Secure World Foundation (SWF) and is an Honorary Board Member of Space Generation Advisory Council (SGAC). She is a member of the Board of Editors of Kluwer’s journal Air and Space Law and co-authored the 4th edition of the book ‘Introduction to Space Law’ (2019).

Tanja is a recipient of the Distinguished Service Award of the IISL (2001), the Social Sciences Award of the IAA (2008), and the IAF Distinguished Service Award (2015). She is a Member of Honour of the Netherlands Space Society, and in 2020 she received a Royal decoration as Officer in the Order of Orange Nassau for her work in the field of space law.