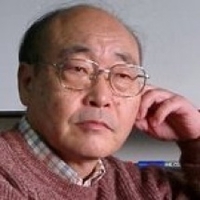 Tetsuo Yasaka was elected IAF Vice President during the Glasgow International Astronautical Congress in 2008. He is a founding member of the QPS Institute in Fukuoka, Japan, supporting space system and subsystem development, especially in universities.

Before joining QPS-I, he was a professor at Kyushu University’s Department of Aeronautics and Astronautics. He established a university network for hands-on education in space engineering, which eventually grew into UNISEC (University Space Engineering Consortium) in 2002, and served there as its first president. He was invited to sit on various space-related committees and evaluation teams of ISAS, NASDA, JAXA and other governmental organisations. Yasaka was also a founding member of the Space Debris Study Group of JSASS, established in 1990, when he was also engaged in communication satellite development at NTT. He led a series of communication satellite developments, of mission equipment utilising very high frequencies up to Ka band especially, during the period 1974-1994.

His carrier in space started in 1970 at ISAS where he was primarily engaged in the structural development of the Mu and Lambda launch vehicles.

He has been a regular participant at IAC since 1985. He joined various IAF technical committees and served as chairman of the Materials and Structure Technical Committee between 1999 and 2001. He was also IAF International Programme Committee (IPC) Co-chair during the 2005 IAC in Fukuoka, Japan.

Yasak has received achievement or technical awards from IEEE, JASME and JSASS. He was the recipient of the Frank J. Malina Astronautics Medal in 2006.