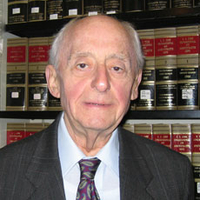 As a delegate of his country, and later as an UN officer, he participated in many sessions of the Committee on the Peaceful Uses of Outer Space (COPUOS) and its subcommittees, starting in 1962.

During the 1980s, he served as Principal Officer of the United Nations in New York and Secretary to the COPUOS Scientific and Technical Subcommittee, and from 1983 through 1988 as Chief of the UN Outer Space Affairs Divisions. He participated in all the UN Conferences on the Exploration and Peaceful Uses of Outer Space (1968, 1982, and 1999) and also in the UN General Assembly five-year review of the implementation of the Third UN Conference (2004) recommendations. He lectured and chaired UN workshops on space law and other UN meetings. As a delegate of his country, Professor Kopal also participated in the Seabed Committee and between 1974 and 1980 – in the Third United Nations Conference on the Law of the Sea.

Prior to his admission to the United Nations, he was chief of the Department of International Law and Organizations in the Institute of Law of the Czech Academy of Sciences, and Professor of International Law at Charles University, Prague. He was a founding member and scientific secretary of the

Commission on Astronautics of the Czechoslovak Academy of Sciences (1959-1980).

Professor Kopal lectured on general international law, law of international organisations, space law and the law of the sea at several universities in his home country and abroad, at many international conferences and other institutions. He is author of more than 250 monographs, articles and other papers. Recently, he has become co-author, together with Professor I.H.Ph. Diederiks-Verschoor, of a manual entitled “An Introduction to Space Law” (Third Revised Edition, Kluwer Law International, 2008).