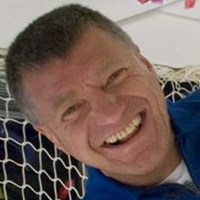 He was previously Visiting Professor and Scientific Adviser from 2016 until 2018 at the Technology and Engineering Centre for Space Utilization of the Chinese Academy of Sciences in Beijing, China, supporting Chinese Space Station and aircraft parabolic flight microgravity experiments.

From 1985 until 2016, he was senior Physicist-Engineer at the European Space Research and Technology Centre of the European Space Agency, managing ISS microgravity payload development and ESA parabolic flight programme. He logged 7350 parabolas at 0g (equivalent to 39h 30m of weightlessness, or 26 Earth orbits), at Mars-g (53 min) and at Moon-g (53 min) on 12 airplanes (Guinness world record) during 90 campaigns on European, US and Russian aircraft, supervising 1000 experiments and participating actively in 175 physical and life sciences experiments. He was Flight instructor for public Discovery Parabolic Flights from 2013 till 2017.

Astronaut candidate for Belgium, he spent two months in training in 1995 at NASA’s Johnson Space Center in Houston and was Astronaut Training Instructor for parabolic flights and Spacelab missions. Selected in 2001 by The Mars Society, he participated in three Mars mission simulation campaigns in the Arctic in 2001 and the Utah Desert in 2002 and as Crew Commander in 2009.

He is visiting Professor in 20 universities in Europe, USA, Canada, Africa, Israel, and China. He has more than 600 publications, including 16 books or chapter in books, 60 articles in refereed journals and 132 articles in international conferences proceedings.

He is member of the International Astronautical Academy and of several other academies and scientific organizations.