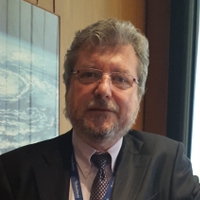 Walter was born the 7thApril 1955 in a small village located at the bottom of the Alps surrounding the city of Torino in the North west of Italy. He got a degree in Aeronautics Engineer back in 1974 and he did Aerospace Engineering studies while already employed in the Aeritalia Company, the biggest Italian aerospace company at that time.

Since 2016, Vice President, the Exploration and Science Domain and responsible of the Torino site at Thales Alenia Space Italia.

Starting from 1975, Walter spent all his career in the Space Business, specifically in the Exploration and Human Space Flight field, starting from the first European Space Manned space laboratory, named Spacelab until the Moon Gateway and the Artemis project today passing though and with important project management responsibilities on the International Space Station Programs, such as Node 2 Harmony, Node 3 Tranquility, Cupola , the Permanent Multipurpose Module, The Cygnus Cargo, ExoMars – the European double mission for the search of life on Mars.