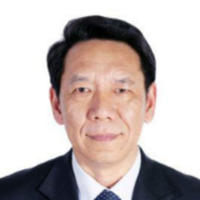 Professor WU Weiren was born in 1953. He is a research scientist with a Ph.D in engineering, the academician of Chinese Academy of Engineering and the member of International Academy of Astronautics. He is the designer-in-chief of China’s Lunar Exploration Program. Led by Mr. WU, the Chang’e-2 mission successfully completed the exploration of the moon, the Lagrangian-2 (L2) point of the Sun-earth system and the Asteroid 4179; and the Chang’e-3 mission success accomplished the soft landing and roving exploration on the moon. Mr. WU Weiren ranks first among all the contributors of Chang’e-4 mission. His major contributions include the following: He formulated the master plan of the Chang’e-4 mission, and led the R&D of the five relevant engineering systems including launch vehicle, probe, TT&C, ground application, and launch implementation.

He proposed and designed the overall technical solutions for landing and exploration on the Moon’s far side through the relay communication technology based on the Lagrangian-2 (L2)point of the Earth-Moon system.

He presided over the orbit design of the Chang’e-4 probe and the QUEQIAO relay satellite, led the precise control of the entire flight 2 process and the lunar landing. The Chang’e-4probe successfully achieved a soft landing on the moon’s far side.

He led the development of scientific objectives and exploration plans for the Chang’e-4 mission, presided over the conducting of the probe landing and the “Jade Rabbit II” roving exploration on the moon’s far side. A large amount of scientific data was collected as the first-hand information for the researches on the far side of the moon.

He vigorously promotes international cooperation in space exploration and popularization of science, and have coordinated the scientific payloads developed by Germany, Sweden, the Netherlands etc. to be carried on board Chang’e-4 probe and QUEQIAO relay satellite.

He initiated and promoted the scientific data sharing of the Chang’e-4 mission worldwide for better development of lunar sciences. He was honored with two special prizes, two first prizes, and one second prize of the National Science and Technology Progress Award of People’s Republic of China; awarded the Team Gold Medal by UK’s Royal Aeronautical Society and the Science and Technology Achievement Award of the Ho Lueng Ho Lee Foundation. He published more than 70 papers,11 academic monographs, and 15 patents were granted by the People’s Republic of China.