Aerospace Department at the University of Belgrade • PhD student 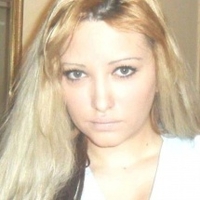 Zorana Dancuo is a PhD student of the Aerospace Department at the University of Belgrade in Serbia. She was born in Belgrade in 1984, and grew up in Germany. She speaks Serbian, German and English fluently.

In 2002, she graduated from the the Sixth Belgrade Gymnasium, in the group for Natural Sciences and Mathematics, and was awarded with a diploma of highest degree “Vuk Karadzic”. From 2002 to 2007, she enrolled at the University of Belgrade’s Faculty of Mechanical Engineering, Aerospace Department. During her studies, Zorana showed a special interest in Flight dynamics and Flight simulation, high agility concepts, and Space flight. She graduated in 2007, at the age of 23, with a Master thesis on vulnerability of combat aircraft, with the highest grade.

Zorana has a long-held interested in Astronautics, with a special focus on Mars exploration. In 2010, she started her PhD on high-G human centrifuges for astronaut and pilot training, under the guidance of Professor Bosko Rasuo. Extreme conditions in supermaneuverable flight, and Space flight, present a major challenge in her research. She works as a research assistant at the LOLA Institute in Belgrade, on a project supported by the Serbian Ministry of Science. She has published 16 scientific papers in journals, and conference proceedings. In 2012, she was awarded at the 29th Danubia Adria Symposium on Advances in Experimental Mechanics. Zorana is in the final year of her PhD studies, and expects to be promoted to a doctoral degree in 2014.