Global Space Exploration Conference 2021Space Transportation (6)Space Transportation (1) (1)Author: Mr. Christophe BonnalCentre National d’Etudes Spatiales (CNES), France, christophe.bonnal@cnes.frKEYNOTE: HUMAN SPACEFLIGHT FROM GUIANA SPACE CENTERAbstractThe use of Space has drastically evolved these last ten years. Tomorrow will see easier and cheaperaccess to Space, satellite servicing, in-orbit manufacturing, human private spaceflights to ever increasingnumber of Orbital Stations, road to the Moon, Asteroids, Mars. . .It seems fundamental to make sure we can rely on robust, reliable, frequent and affordable access toand from LEO with both automatic systems and human missions; such systems are the bricks with whichall the future operations in Space will be built.Independent human access to space from Europe for our astronauts is a key to any future in Space.It has been studied in depth since the 80’s with Hermes Spaceplane, then through numerous studies,pre-development activities, and demonstrations such as ARD, X38-CRV or IXV which now allow Europeto reconsider such an endeavor with a much higher confidence.We have worked during one year on every aspect of a European Human spaceflight system aimed atbeing launched from Guiana Space Center. It would be a logical addition to new orbital infrastructuresin LEO which will follow the ISS, are already under deployment by governments and commercial entitiesin the US, Russia, China, India. We found out that Europe could play a very specific role, deploying a“universal” vehicle capable to visit any future LEO architecture; following its historical tradition, Europewould be in a position to cooperate potentially with everyone in LEO!We traded the various types of potential vehicles dealing with the recovery techniques for both nominaland abort cases. The launch with Ariane 6 has been looked at in detail and a particular effort has beendevoted to the adaptation of the Guiana Space Centre.A cautious examination of the required technologies shows that European industry is fully ready, andthat most of these technologies are available. In particular, we have shown the readiness of Human-Ratingsystems, based on the ATV, Orion ESM and ISS pressurized modules.It would be easy to kill such an idea, but can Europe be left aside in the future? Such a program wouldrelease a very strong positive sign for the young generations cradled with the feats of our astronauts; itwould give motivating STEM objectives to the next generation of students.As a major space power it is clearly strategic for Europe to develop independent human access to LEOin the current multipolar world. 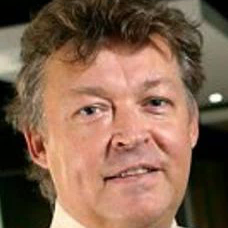