French involvement in affordable deep space missions has been illustrated over the last few years bythe accomplishments of the Philae lander in 2014, and by the mission of the Mascot lander, developedwith DLR, which was dropped in October 2018 by JAXA’s Hayabusa 2 probe on asteroid Ryugu. It willbe put into practice again through our contribution of a surface rover to JAXA’s MMX mission to Phobosin 2024, and more mission concepts are also being defined in partnership with major Space Agencies. Inthe cases above, cubesats or small lander / rovers depend on a larger spacecraft for deployment and otherresources, such as telecommunication relay or propulsion. Under other circumstances, teams of cubesatscan also be deployed and perform advanced tasks such as telecommunication relay or distributed scientificmeasurements. This may involve surface networks, constellations of orbiters, or a combination of both.Small rovers or drones could also in the future represent valuable assets in support to human activities atthe surface of the Moon or Mars.This presentation will elaborate on mission architectures for the most promising concepts that CNEShas studied or been associated to where small probes (from cubesat class to 200 kg) offer an advantagein terms of affordability, efficiency, and capacity to take risks. In some cases, typically between Venusand Mars, we will see that small probes can operate as stand-alone missions of their own within the innersolar system. Alternatively, they can also augment larger missions to the most remote and challengingdestinations in the solar system. The critical technologies for each type of architecture will be identified.While microsatellites are affordable, and increasingly more capable, they should not be considered as areplacement for more traditional missions that require multiple coordinated measurements to accomplishtheir science investigation goal. Additionally, larger spacecraft remain far more powerful and can go tomore remote locations, survive longer duration missions and challenging deep space environments. Undermany circumstances, however, large spacecraft can benefit greatly from the risk capacity provided bysmall probes that can be added on, and from the multipoint capacity that they can provide. In thisrespect, the combination of small probes with larger infrastructures will ultimately make it possible toreach further into the solar system and explore new destinations in depth. 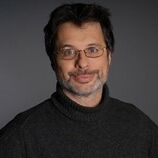